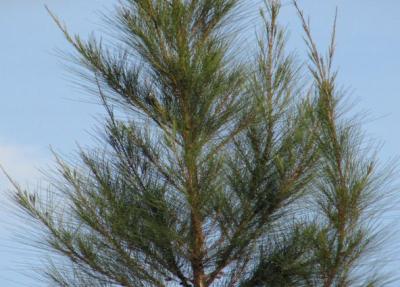 It is an indigenous species to Australia, Bangladesh, Brunei, Cambodia, Fiji, Indonesia, Malaysia, New Zealand, Papua New Guinea, Philippines, Samoa, Solomon Islands, Thailand, Tonga, Vanuatu and Vietnam. It occurs naturally on tropical sea shores - Pacific and Indian Oceans, making it the Casurina with the widest natural distribution. In Kenya is common along the coral beaches and nearby hinterland. It can also be grown inland too but is limited to the coast.

The species is said to exhaust soil moisture and lower the water table, and is tolerant to salt water. It suppresses undergrowth and dry needles on the ground may become a fire hazard. The species is reputed to be one of the best fuel species in the world.

Altitude ranges from 0 to 1,400 m above sea level, mean annual temperatures of 10 - 35 deg. C and mean annual rainfall of 200 - 3500 mm annually.
Soil type: Soils are invariably well-drained and rather coarse textured mainly sands and sand loams. The species is tolerant to both calcareous and slightly alkaline soils but is intolerant of prolonged waterlogging and may fail on poor sands where the subsoil moisture conditions are unsatisfactory. It can do well in agro-ecological zones 1-IV but is limited to the coast.

It is a good tree for plantations and in agroforestry systems. Seedlings and wildings may be used to propagate it. It also produces root suckers if roots are exposed. Nursery soil where they are to be raised may need inoculation by addition of soil from beneath mature trees. Are fast growing and prune to get clear bole. It coppices well when young. It takes 4 - 6 yrs to mature.

It is rarely attacked by diseases and pests unless if grown under unfavourable conditions. However, infected trees exhibit symptoms of foliar wilt and cracking of the bark where blisters develop, enclosing a black, powdery mass of spores. Bacterial wilt which is caused by Pseudumonas solanacearum, is characterized by yellowing of the foliage followed by wilting and death, has been reported in India and China. Pruning may make the susceptible to attacks by fungal pathogens, especially Trichosporium vesiculosum and Formes lucidus. Just as in other actinorhizal plants, endomycorrhizal (VAM) infection occurs easily.
Insect pests include casuarina tussock moth, Lymantria xylina, white-spotted long-horn beetle, Anoplophora macularia, and cotton locust, Chondracis rosea. Fresh seeds are susceptible to attacks by ants. The wood borers Zeuzera spp. and Hypsiptla robusta cause severe damage to the wood.
For disease control, lopping and pruning of branches should be avoided to prevent primary establishment of diseases. Infected trees should be removed as early as possible to prevent the spread of the disease and making trenches around groups of diseased trees to avoid root contact.